Have you seen ants this year? If so, in Davenport, the sighting was probably the carpenter ant, the odorous house ant, or the pavement ant. While there are literally thousands of ant species, these three are the most commonly found in Iowa. Do not be mistaken because there are only three species to worry about, it won’t make elimination or detection any easier. If anything, the pest control processes maybe even more difficult than imagined.

This is because the ant itself can outwit, outlast, and outnumber humans. These crawling pests can be cooperative on levels that humans can’t even imagine. Many humans can’t be in the same room together. Ants always put their problems aside and strive for a single common goal, for the betterment of the colony. While this is immensely fascinating information, it is just the start of what the ant brings to the table. After reading this, you’ll look at these crawlers in an entirely different light during your next picnic.

Ants are incredibly small crawlers. Relative to their size, their muscles are much thicker than those compared to larger animals, including human beings. This ratio gives them the ability to hoist and carry objects nearly 50 times their own body weight. And they carry it in their jaws, which is even more impressive. This would equate to a human lifting a car over his head. Impressive? It’s only the beginning.

It is well known that the soldier ant has a modified head as compared to other ants. This is because they have unique and powerful mandibles that they use as weapons to defend the colony. However, most people don’t know they have modified heads, shaped to match the nest entrance. It is shaped like this so they can place their heads in the entrance of the colony like that of a cork, allowing them the keep unwanted intruders at bay. When a worker ant returns to the nest, it will touch the soldier ant’s head, letting them know to let their guard down.

Believe it or not, ants can develop partnering and beneficial relationships with specific plant life. Ant plants or myrmecophytes are plants that naturally have hollow sections in them. In these hollow sections, the ant can take shelter or feed. These cavities sometimes are hollow thorns, stems, or even leaf petioles. The ant can live in these areas, feeding on the sugary secretions of the ant. So, what does the ant get in return for feeding and housing the plant? Defense. The any will defend the host plant from herbivorous mammals and insects that might prune away at the plant.

Ants are highly known for their hard-working characteristics. They are without a doubt one of the hardest working insects known to man. This being said, there are some species of ants that enslave other ants and force them to do their bidding. The honeypot ant will raid and enslave the Amazon ant, finding the queen, killing her, and taking the rest of the colony captive. They then force the remaining members to help with the development of their colonies.

With its complex capabilities and unique characteristics, the ant is easily one of the wittiest insects on earth. While this is extremely interesting, it makes them all that much harder to deal with. Combine this with the various species and it just makes things all that more confusing. Therefore, ant identification, detection, and elimination are best left to the pros. This is something we are more than willing to help with. All you must do is reach out to our local office and we’ll get someone out to the property immediately. 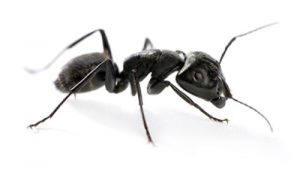